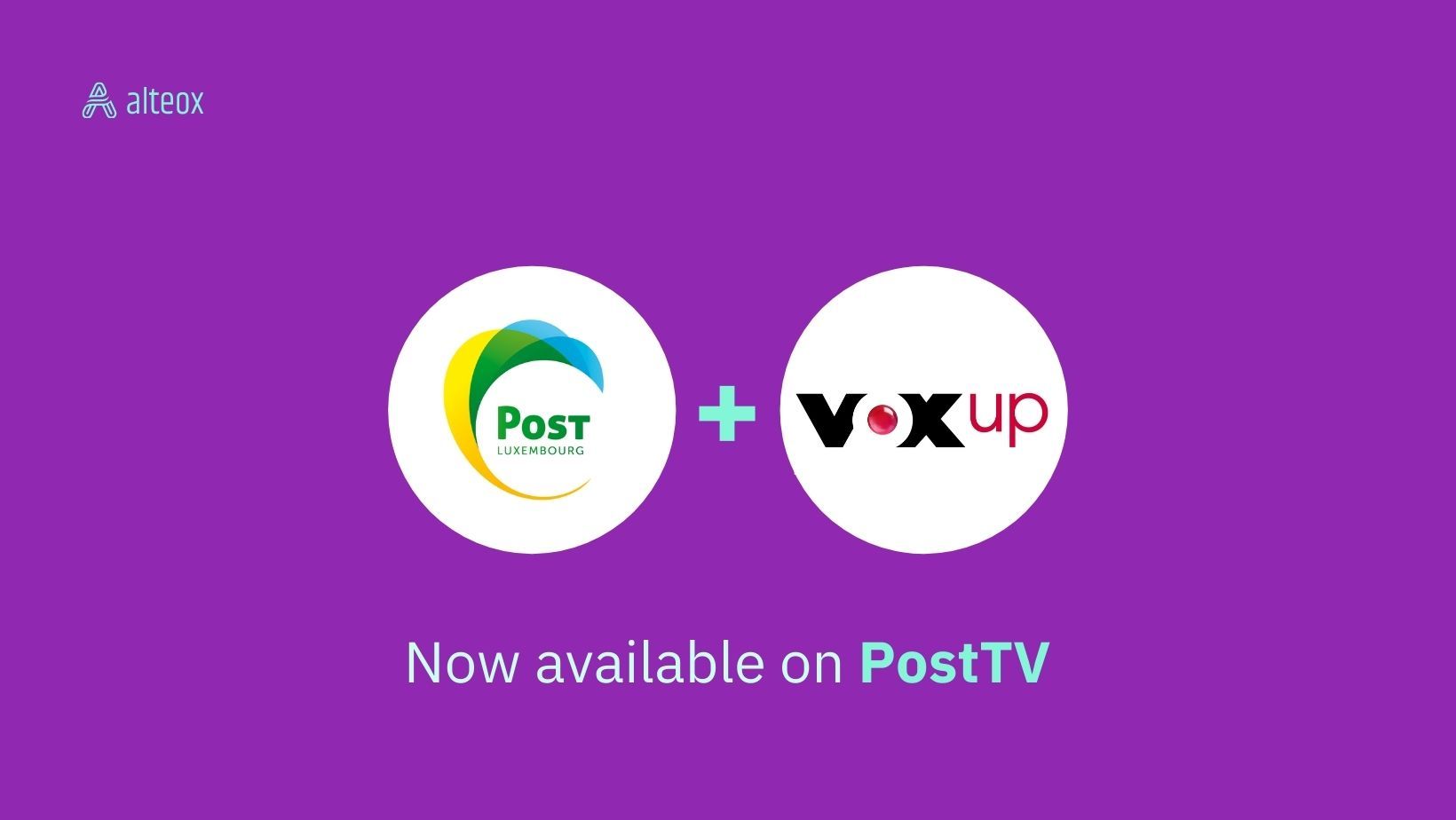 POST Luxembourg and Alteox have finalized a deal with CLT-UFA S.A. (RTL Group Company) to bring their newest channel, Vox Up to Luxembourg. This agreement will see Post TV subscribers access the channel though the Luxembourgish basic TV package and will be available to all Post TV subscribers.

VOXup is a German-language channel, started in December 2019, that offers colorful entertainment for everyone.

The Channel offers free high quality entertainment with an all round mix of well known programs from VOX as well as new in-house productions. The channel  focuses on popular themes such as food,living, enjoyment and animals and will include popular VOX shows such as“Kitchen Impossible”, “Die Höhle der Löwen”, ‘Shopping Queen’, ‘”Das perfekte Promi Dinner”, US shows such as ‘Law and Order’, ‘Rizzoli & Isles’ and series classics such as ‘”McLeods Töchter”.

Oliver Schablitzki, Executive Vice President Multi channel RTL Television Gmb, notes “Like no other TV channel in Germany VOX has shown how innovative and inspiring television can be especially for a younger audience. We are now expanding this success story with VOXup. With a mix of in-house-productions, new US-fiction,VOX acquisitions and some VOX classics, viewers will find even more VOX atVOXup.”

The channel is now available to all PostTV subscribers

All elements of this press release may be cited. For further information, please do not hesitate to contact us at [email protected]